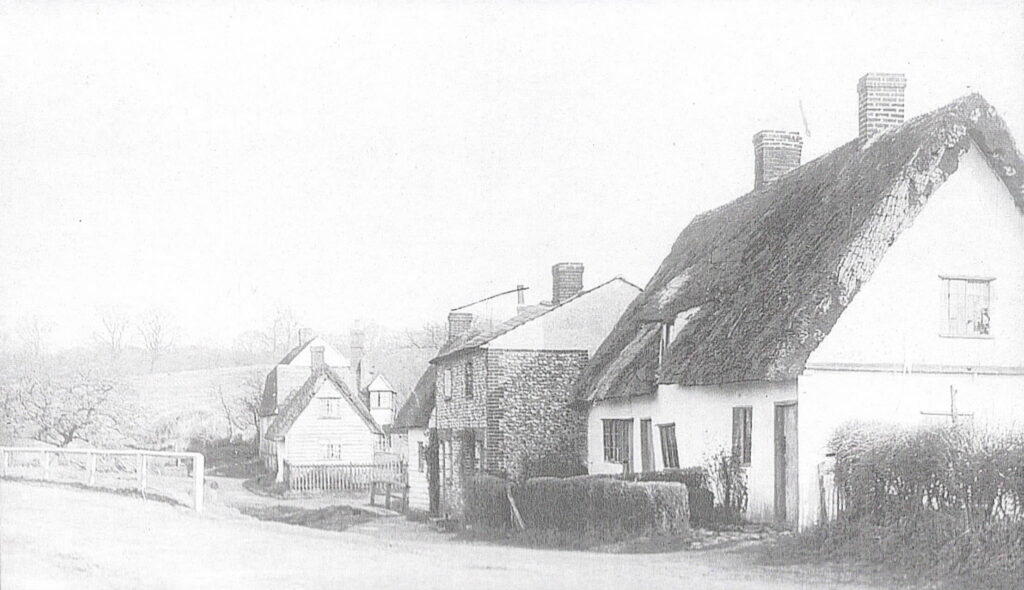 This photograph was taken around 1906. In it can be seen the 12 cottages that made up this part of Rogers End. The small cottage that adjoined the flint cottages was demolished before 1920 and the others in the picture have subsequently been converted into larger homes. Today this same area is now 4 separate houses.
Before the building of a bridge over the river on the road to Steventon End in 1839 most people used the track past these cottages which at that time continued on until it joined the road to Steventon End. And that’s why that road is now called New Road