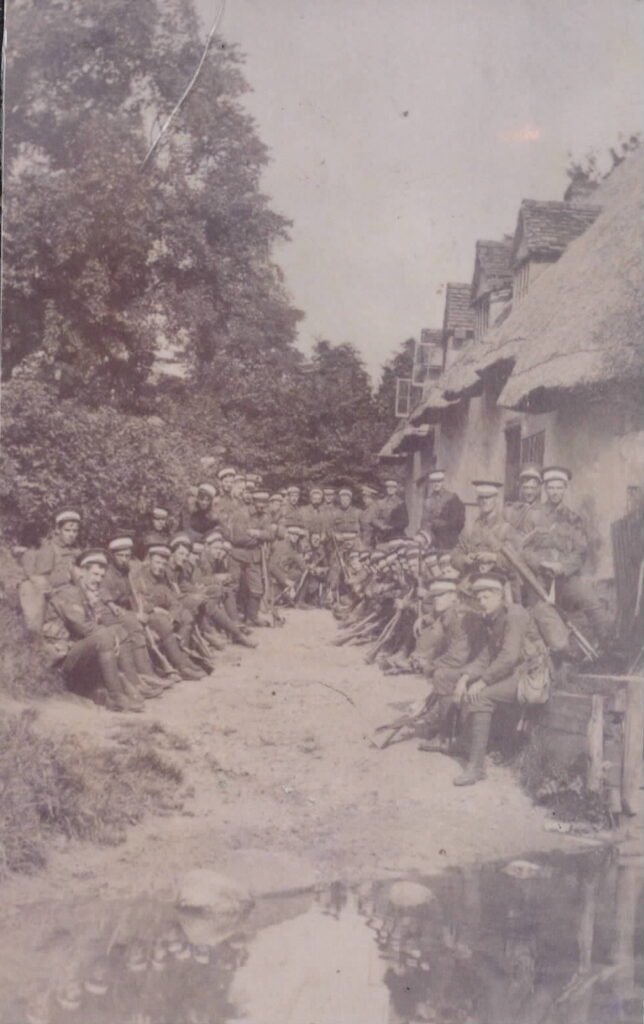 This photograph was taken in 1912 when the army was undertaking manoeuvres in this area. The cottages on the right were demolished in 1926 when the Countess of Warwick gave the property to the Labour Party – you can read more about the Countess’s support of the labour party and the village in the museum. So a Labour Party Hall was built using bricks from a bakery that also stood on this site. The construction of the building was done by village labourers who all gave their time in the evenings, after work, free of charge.

In 1998 the local Labour Party sold the premises to the Trustees of the village museum. There are still people living in the village whose relatives worked on the construction of the building and who gave up many hours to maintain and run the social amenities held here.