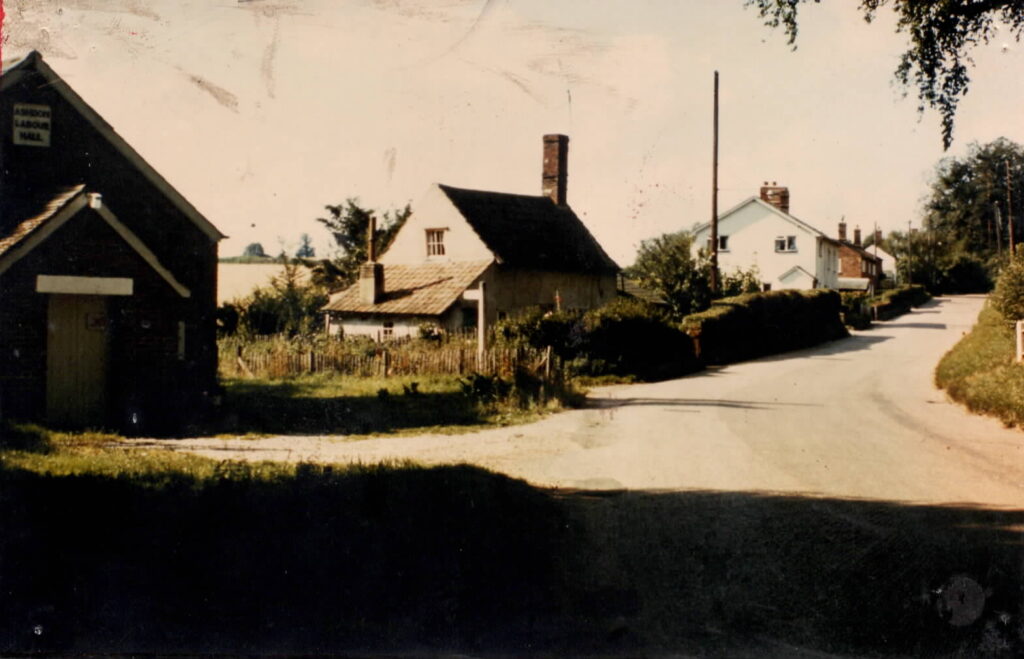 This photograph was taken in the 1970s and shows the front of the Labour Hall and the view up Church Hill.

One of the village men who helped in the construction of the Hall was Walter Marsh who lived in the next cottage, ‘Brookside’ in the centre of the picture. Walter Marsh was one of the leaders of the farm labourer’s strike that took place in Ashdon during 1914 and as leader he was sent to prison.  Ashdon had been at the centre of the emerging unionisation of agricultural workers since the 1870s.  In 1914 again there were rising tensions between landowners and agricultural workers over wages and conditions. There were meetings held in the villages around the area both for and against the situation and many strikes.  Ashdon was seen as one of the most militant villages and at one point 70 police officers were billeted in the old Rose & Crown pub, to keep order in the village.  You can read more about the strike in the Museum.

Walter Marsh died in 1971 aged 90.  Mrs Hilda Marsh, Walter’s wife, was caretaker of the Hall for many years and continued to live at ‘Brookside’ until her death in 1982.

‘Brookside’ appears in many village pictures because from about 1880-1914 it was the home of ‘Willie’ Smith, the Ashdon photographer.  Many Ashdon residents had their photo’s taken in the garden at ‘Brookside’ and Willie Smith often signed his photos with his name and ‘Brookside’.